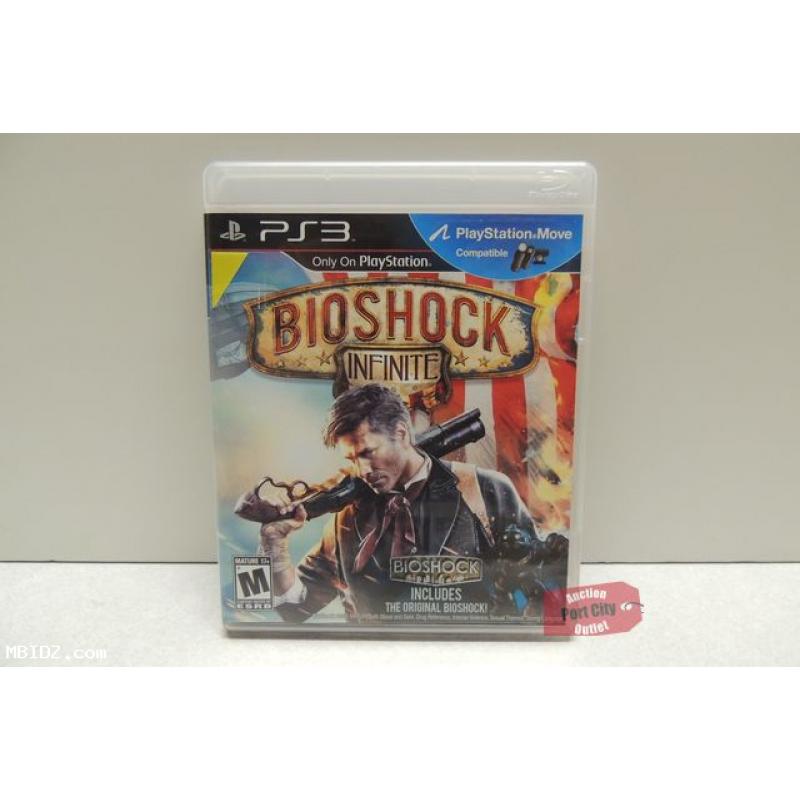 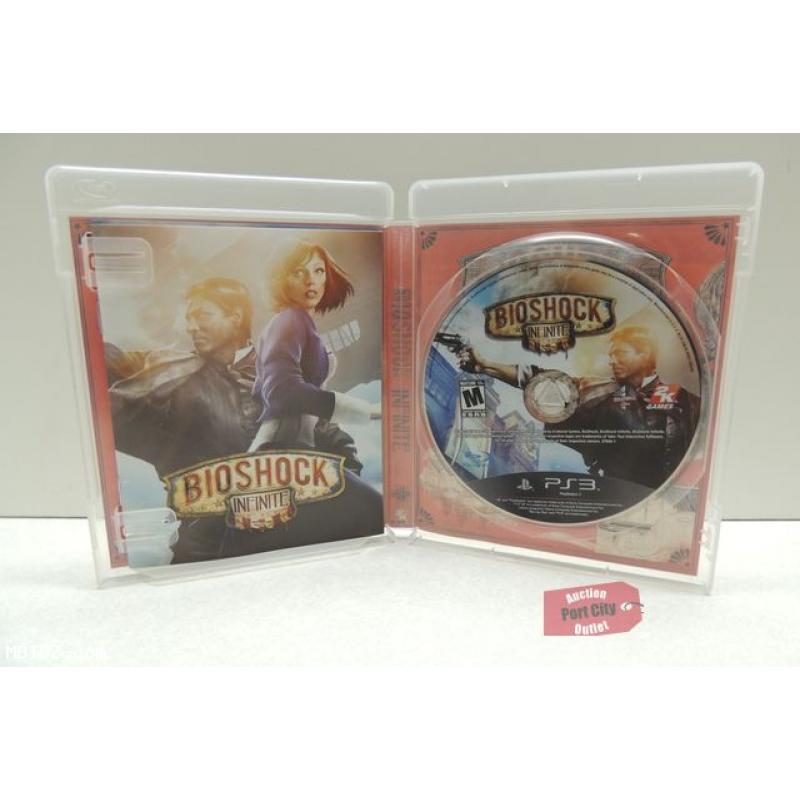 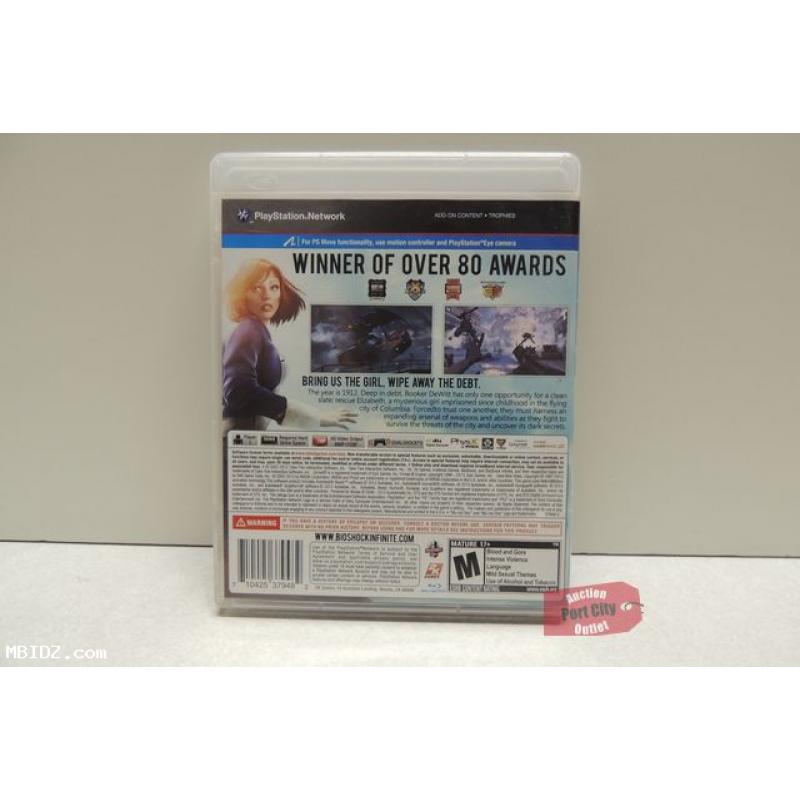 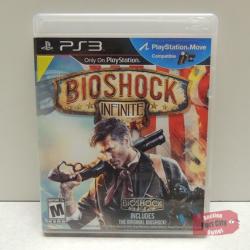 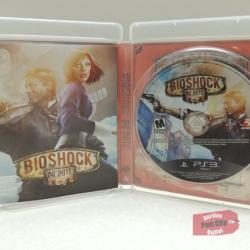 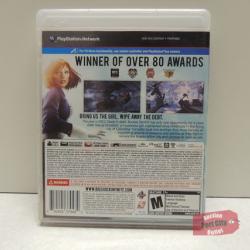 You are bidding on one (1) USED BioShock Infinite for the Sony PS3.

BioShock Infinite is a first-person shooter video game developed by Irrational Games and published by 2K Games. It was released worldwide for the Microsoft Windows, PlayStation 3, and Xbox 360 platforms on March 26, 2013; an OS X port by Aspyr was later released on August 29, 2013 and a Linux port was released on March 17, 2015. Infinite is the third installment in the BioShock series, and though it is not immediately part of the storyline of previous BioShock games, it features similar gameplay concepts and themes. Irrational Games and creative director Ken Levine based the game's setting on historical events at the turn of the 20th century, such as the 1893 World's Columbian Exposition, and based the story on the concept of American exceptionalism, while also incorporating influences from more recent events at the time such as the 2011 Occupy movement.

Set in 1912, the game has the protagonist, former Pinkerton agent Booker DeWitt, sent to the floating air city of Columbia to find a young woman, Elizabeth, who has been held captive there for most of her life. Though Booker rescues Elizabeth, the two become involved with the city's warring factions: the nativist and elite Founders that rule Columbia and strive to keep its privileges for White Americans, and the Vox Populi, underground rebels representing the underclass of the city. During this conflict, Booker learns that Elizabeth possesses strange powers to manipulate "Tears" in the space-time continuum that ravage Columbia, and soon discovers her to be central to the city's dark secrets.

The player controls Booker Dewitt throughout the game, eventually working with the AI-controlled Elizabeth. Like previous BioShock games, the player uses a combination of weapons, clothing called Gears that offer unique attributes, and psychokinetic powers granted through Vigors. Elizabeth's powers can also be used to help fight hostile forces. In contrast to the limited spaces of the underwater city of Rapture, the openness of Columbia provides for more dynamic combat, including combat that takes place aboard the city's Sky-Line rollercoaster-like rail system. Downloadable content for the game includes a story-based mission, Burial at Sea, that links Infinite 's story to that of the original BioShock game.

The game won over 85 pre-release awards for its display at E3 2011, including Best of Show from the Game Critics Awards. At release, BioShock Infinite received critical acclaim, with praise particularly directed at its story, setting, and visual art design. According to review aggregator Metacritic, it was the third-highest rated video game of 2013. Within two months of release, it sold over 3.7 million retail copies, and has since sold more than 11 million copies overall. It won year-end accolades, including Game of the Year from several gaming publications.

Item Location
49441, Michigan, United States
Ships To
United States
Pick-ups
Buyer can pick-up
Item Weight
0.50 Lbs
Dimensions
11.00 x 7.00 x 2.00 inches
Shipping Instructions
If shipping is desired, this item will ONLY be shipped via USPS First-Class Package Service, USPS Priority Mail, or UPS within 24 hours of payment completion (use the Postage Calculator to find your exact shipping rate). If paying via PayPal eCheck, item will not be shipped until eCheck payment completes (usually 5-7 business days). NOTE: We DO NOT SHIP via USPS Media Mail Parcel OR USPS Library Mail Parcel.