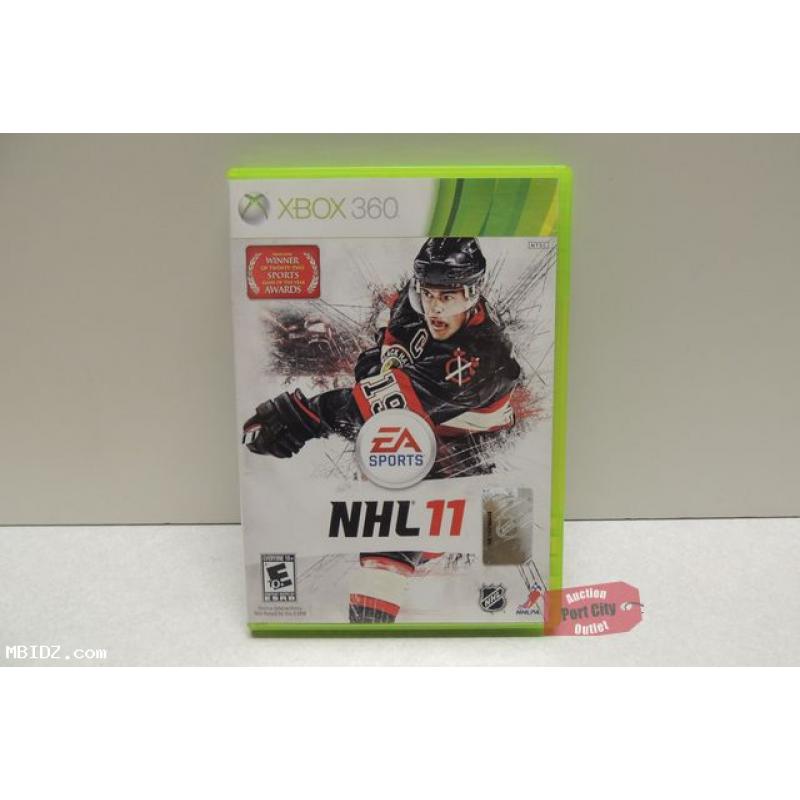 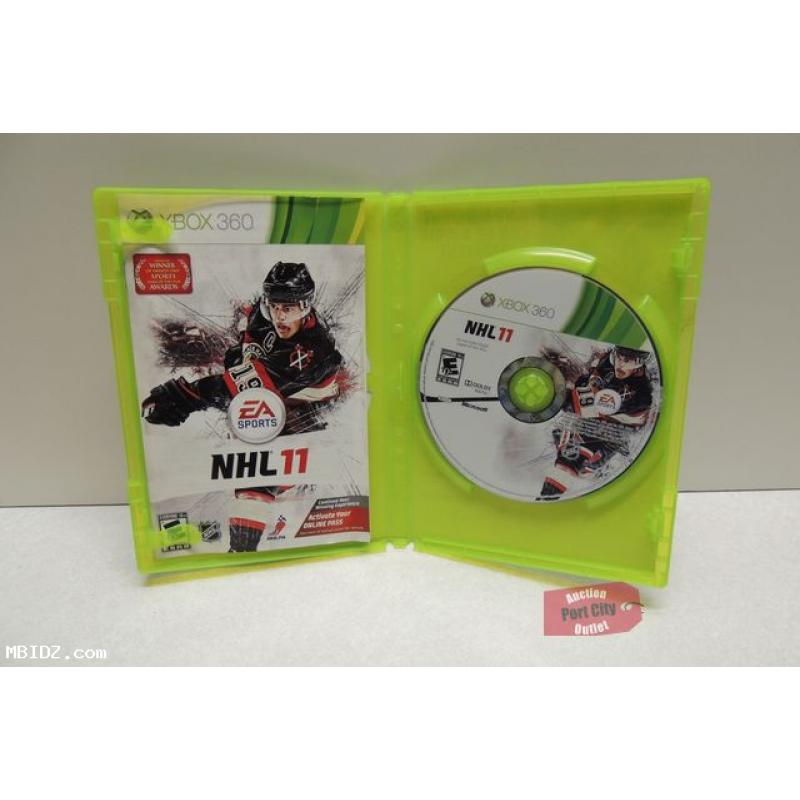 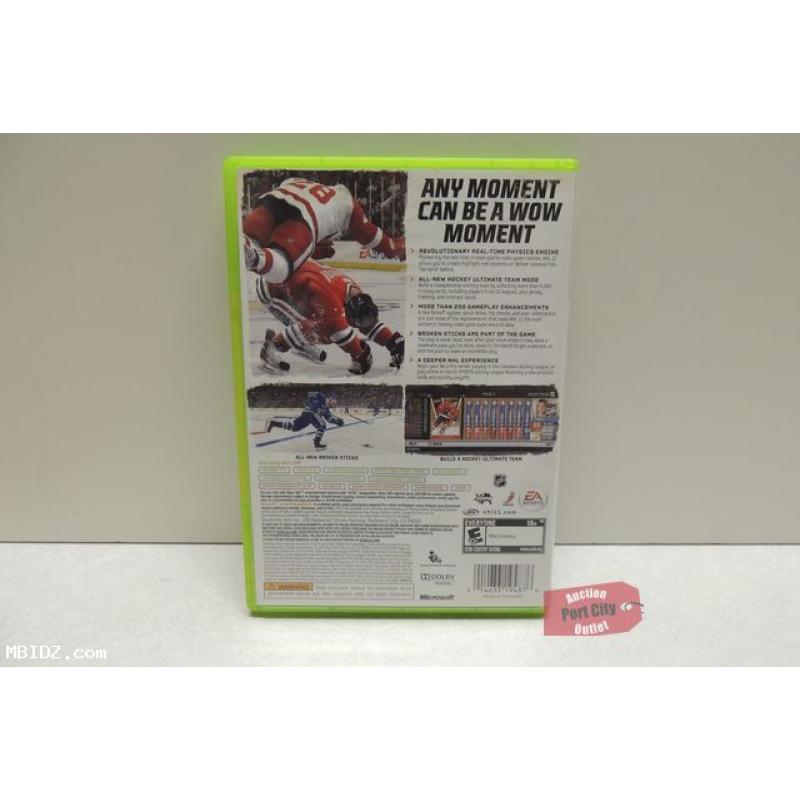 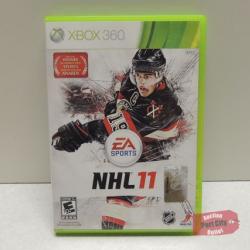 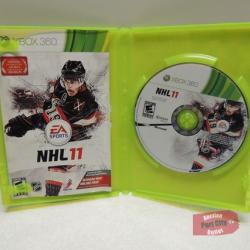 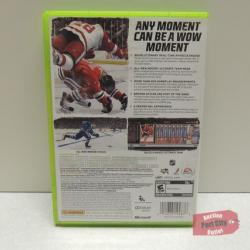 NHL 11 is an ice hockey video game celebrating the twentieth anniversary of the NHL series. The game was developed by EA Canada, published by EA Sports, and released in North America on September 7, 2010, with all other regions receiving the game within two weeks. The game features a physics-based game engine, which replaced the old animation-based system, and was touted by NHL 11 producer Sean Ramjagsingh as "the biggest change in NHL 11". Other significant changes include broken sticks, which means the stick may now break when the player shoots. NHL 11 does not use official International Ice Hockey Federation jerseys, as the game doesn't have the IIHF license. The cover of NHL 11 features Chicago Blackhawks captain Jonathan Toews, who helped the team win their first Stanley Cup title in 49 years in 2010.

NHL 11 received "generally favorable reviews". The Xbox 360 version scored 89.50% on GameRankings and 88/100 on Metacritic. The PlayStation 3 version is essentially the same as the Xbox 360 version, and therefore received very similar scores (89.35% on GameRankings, 88/100 on Metacritic) compared to the Xbox 360 version. The game was very well praised for its new "Hockey Ultimate Team" feature, physics-based game engine, gameplay, sound, and its other modes. However, the game was criticized for issues with its artificial intelligence (AI) and technical issues such as slow-down issues in the Be a Pro mode, and lack of innovation in the Be a Pro mode itself.

Item Location
49441, Michigan, United States
Ships To
United States
Pick-ups
Buyer can pick-up
Item Weight
0.50 Lbs
Dimensions
11.00 x 7.00 x 2.00 inches
Shipping Instructions
If shipping is desired, this item will ONLY be shipped via USPS First-Class Package Service, USPS Priority Mail, or UPS within 24 hours of payment completion (use the Postage Calculator to find your exact shipping rate). If paying via PayPal eCheck, item will not be shipped until eCheck payment completes (usually 5-7 business days). NOTE: We DO NOT SHIP via USPS Media Mail Parcel OR USPS Library Mail Parcel.